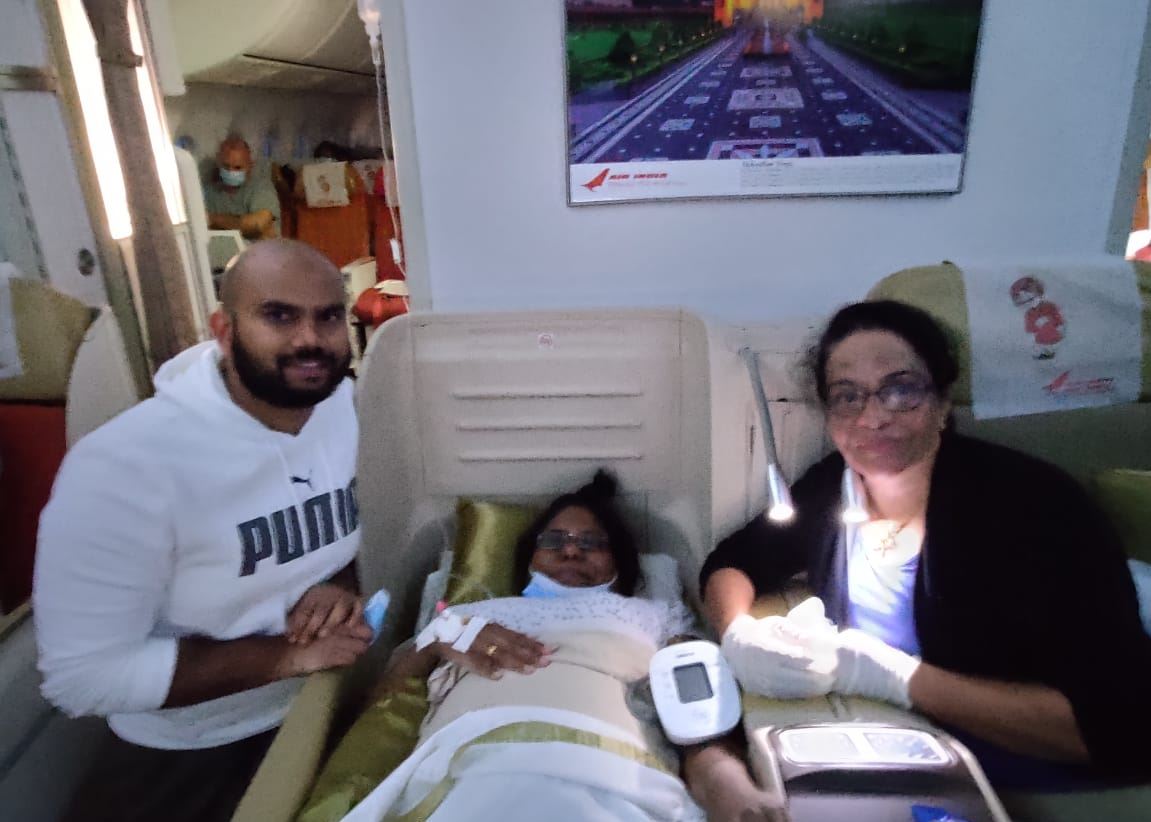 Two years ago we supported Dr. Inshad to relocate from India to Wales to work in an Accident and Emergency department in an NHS hospital. In October 2021, this heroic doctor saved the day when a seven months pregnant mum-to-be went into labour mid-flight to Kerala. He was even featured in the news with his brave story.

We interviewed Dr. Inshad to find out why he chose to be a doctor, how Remedium helped him relocate to the UK, and the story of how he delivered a premature baby at 30,000ft!

What made you want to become a doctor?

I come from India originally. I am one of the first doctors in my family. My mum always wanted me to pursue a job in the medical industry. Other than my mum persisting, I was also really interested after high school in the idea of becoming a doctor.

I finished med school back in 2016 and then I worked for about 3 years in an emergency department, before moving to the UK. Remedium found me a role which I am very happy with. I’ve been working there now for one and a half years. I have applied for some GP training and hopefully, I’ll start my training in August this year.

How did you relocate from India to work in an NHS Accident and Emergency department?

For two years I was following Remedium on social media and I found the information they shared really useful. I also knew that Remedium was the largest international recruitment agency for permanent doctors in the UK. When I thought about moving away from my previous hospital, the first company I wanted to contact was Remedium.

I’m not a doctor who likes the city or a loud, busy life. Ashly from Remedium put me forward for an interview in the Accident and Emergency department of a hospital in Wales. She told me that the area was lovely and that the consultants and the team were too. I then got a call to say I had been selected for an interview. I was fascinated by this job in the Accident and Emergency department. I visited Wales after a few days and fell in love with the area and the hospital. I thought to myself ‘this is the place for me.’ I am still working at this hospital now and I am so happy.

What is it like for an Accident and Emergency doctor to work and live in Wales?

Wales feels like a semi-town. We have lots of facilities here. The people in Wales are very nice and cooperative. I have met so many people whilst living here for one and a half years. We’ve all become like a small family community. We know what’s happening in every corner of the town, which means the social life is great. We all gather on the weekends and enjoy going out together. It’s a very cool life in Wales. There’s no loud honking of cars or the trains rushing by. My family and 6-month-old and 3 years old children relocated with me, and they also love the area.

Initially, I relocated without my family but then, after around a month, once I started looking for a house so that my family could relocate too. The Remedium onboarding team helped me to find the best place to live and Ashly was always in touch until I had completely settled. I really like this aspect of Remedium; they were always there to help even after I got the job.

Did you ever expect to help deliver a baby mid-flight?

Not even in my wildest dreams! It’s like something you see in a movie.

How did the aircraft staff know you were a doctor?

They had no idea. Usually, you wouldn’t necessarily find medical assistance or medical passengers on a flight. However, this flight was going to the South of India, so a lot of the passengers were of the medical profession. On that day they announced, ‘Are there any medical doctors on the flight who can help a lady?’

When did this happen?

The incident happened on October 5th 2021 mid-flight to India. I had a few days annual leave so I thought I would visit my parents in India. I boarded the flight from London Heathrow. It all happened mid-flight around 2 hours after take-off. The air hostess announced that there was a pregnant lady who was in pain and asked if there was anyone of the medical profession who could assist her. I had just had my meal and I was about to have a nap. I saw two ladies go to the front of the plane to assist. One was a nurse working in Oncology, Miss L. Baby, and an F1 Doctor, Dr. R Philips.

I walked up to the front of the plane and said, ‘I am a doctor, but I work in emergency medicine. I don’t have much experience in delivering babies!’ I talked to Maria Philip, our patient, who had lost one baby in her first pregnancy. She was concerned as she was only 7 months in. The turbulence was quite strong on the plane, which might have been the cause of the labour starting mid-flight. She told me her water had broken. I told the crew that we needed space to deliver the baby. Once we had more space, I examined her alongside the other two doctors.

Half of the baby’s head was already out; this was an emergency.

I was like, ‘oh my god, I need to do something!’ I put on my gloves, put on my PPE, and took the baby out. The baby arrived very quickly as it was a very small baby only around 1KG. The baby didn’t cry, so I started to worry. I tried to tap him on his back and after about 15 seconds he started to cry. This was such a relief and such a happy moment for everyone. I then examined the baby and it was doing well. We were given some scissors from the crew, and we cut the umbilical cord and the nurse slowly removed the placenta. The pilot came to say congratulations and everyone on the flight was clapping and cheering. 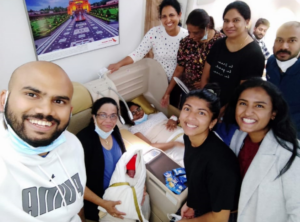 We had basic medical facilities on the aircraft but not everything. The pilot told us that we were mid-flight right in the middle of the red sea, 30,000 feet, and therefore couldn’t stop anywhere nearby. I told him that the baby will need medical attention soon and it wasn’t a good idea to wait another 7-8 hours until we land in India. The pilot decided to go back to Germany, Frankfurt as this was the nearest airport. It took 2 hours 30 minutes to get there. Once we landed, the team in Germany took over and we continued our flight to India.

Are you still in touch with the mum and dad and how is the baby?

The baby had to stay in ICU for one month but he’s doing really well now. I’m still in touch with the mum and dad who are also doing well. They came back to London two weeks ago. They are very thankful for my help. I would have never expected this to happen. I thought I would have forgotten all my medical experience in that scenario.

How did your family and friends react to your mid-flight story?

My parents didn’t believe me initially but then they saw all the interviews and news stories. We also had loads of cameras and reporters outside of our house. My family and the community in South India are all so proud of me.

How do you think delivering a baby mid-flight will impact your future career?

I think this is now a golden part of my CV. I think this will help me achieve the progression and training that I want. I recently had my appraisal and they were so shocked when they heard this story. They were very happy with me.

What are your top tips for Accident and Emergency doctors looking to relocate to the UK?

If you are a doctor looking to relocate to work in the NHS, be flexible. Don’t automatically dismiss some locations in the UK as there are so many different hospitals that are great to work at. I’d also say don’t worry if it takes a few weeks/months to adjust to a new environment. It may take time, but you will settle in soon and get used to it.

Get in contact with Remedium if you’re looking for a new job in the NHS, they will help you every step of the way. 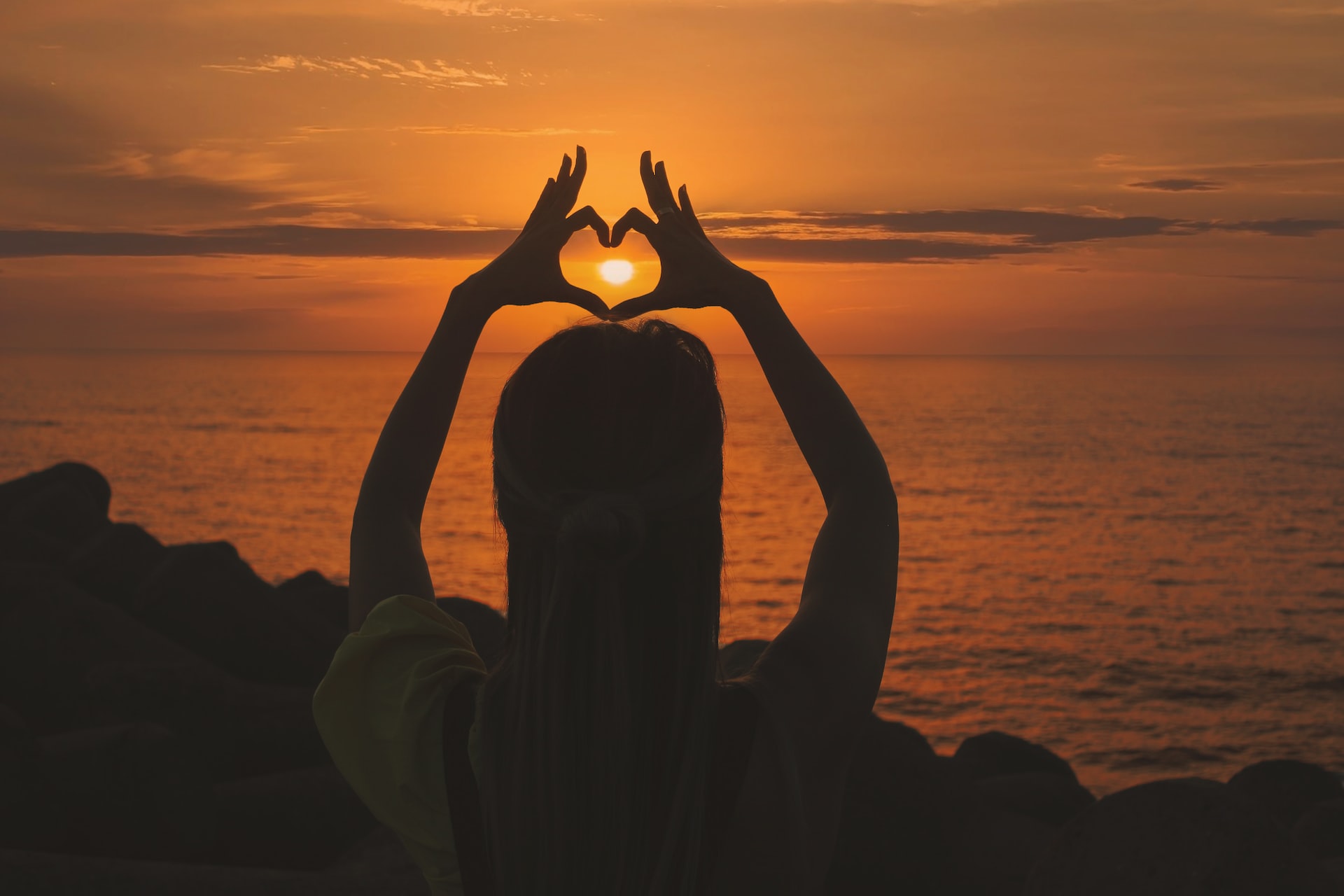 September 26th marks the 22nd European Day of Languages with celebrations due to take place in Europe and beyond. Here’s how you can celebrate this special day 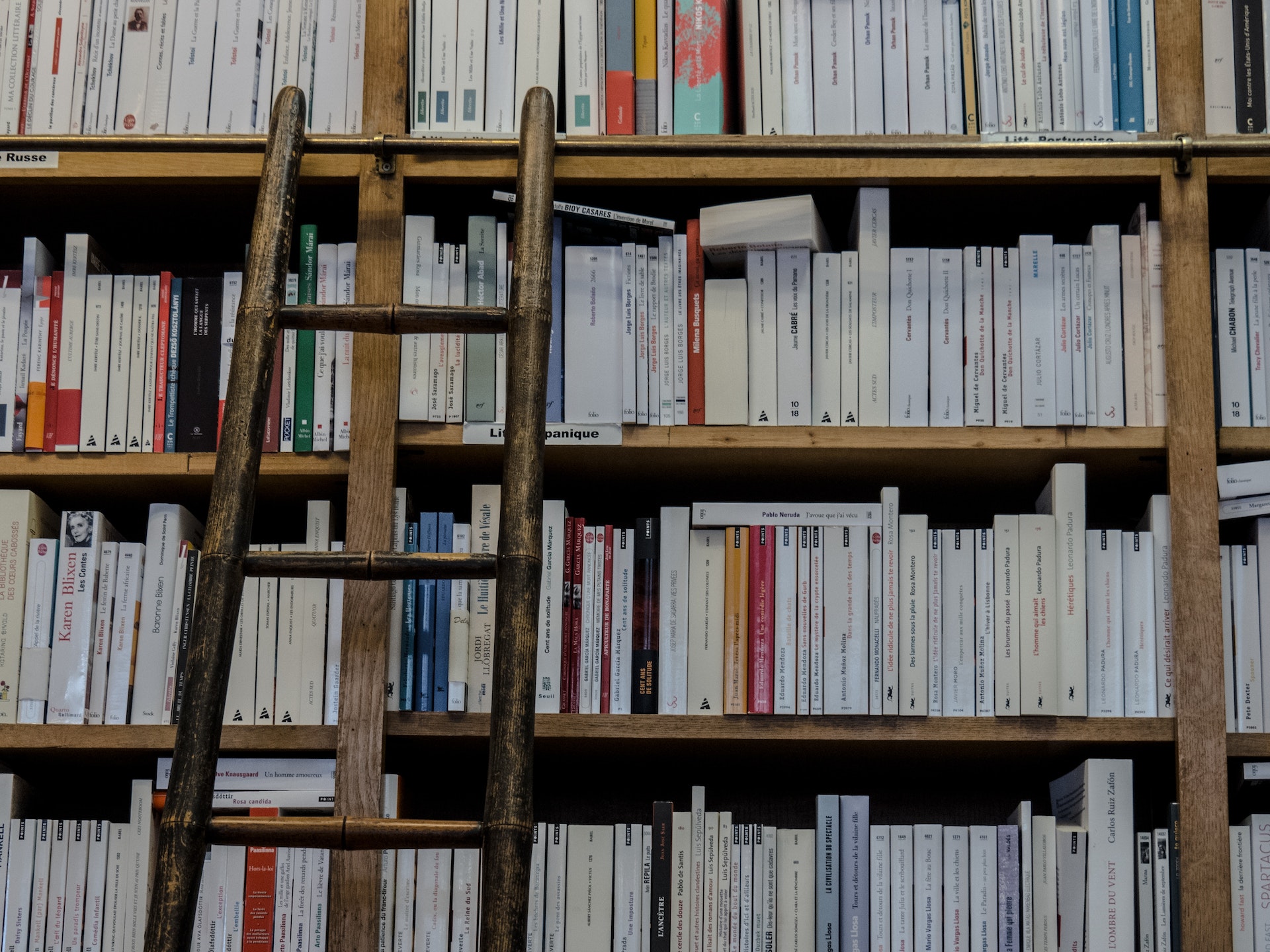 Doctor career progression in the NHS is rarely a straight line, and some international doctors and IMGs we speak to find understanding the NHS career trajectory to be a little tricky. So, we created this no-nonsense guide to NHS doctor grades, from FY1 to locum and substantive consultant level.